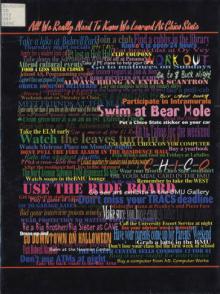 The Record began as a monthly magazine of the Chico State Normal School in March of 1896 under the title of The Normal Record, and soon became a quarterly, then in 1914, a semi-annual publication. The Record attained its recognizable “yearbook” form when it began to be published annually in 1919. When the school became Chico State College in 1922 The Normal Record became the Record. The Record was then published annually until 1970, when, due to rising costs, publication of the yearbook ceased. It was revived again in 1976 and sustained publication until 1997 when the last edition was printed. 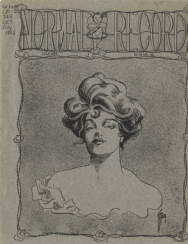 The exhibit features a selection of issues from the early magazine format featuring poetry, to a patriotically themed yearbook from WW II.  Two yearbooks from the 1990s give advice on fashion and fun things to do in Chico.  All issues have been digitized and made available in Chico Digital Collections: http://archives.csuchico.edu/cdm/search/collection/coll4